The refurbishing process in detail:

Step 1. After the initial incoming control the discs are weighed and depending on wear and wear pattern the rotors are x-rayed and examined for      structural damage.

Step 2. After that any brake pad residue or contaminates is chemically steamed off.

Step 3. The rotors are machined until they are level. 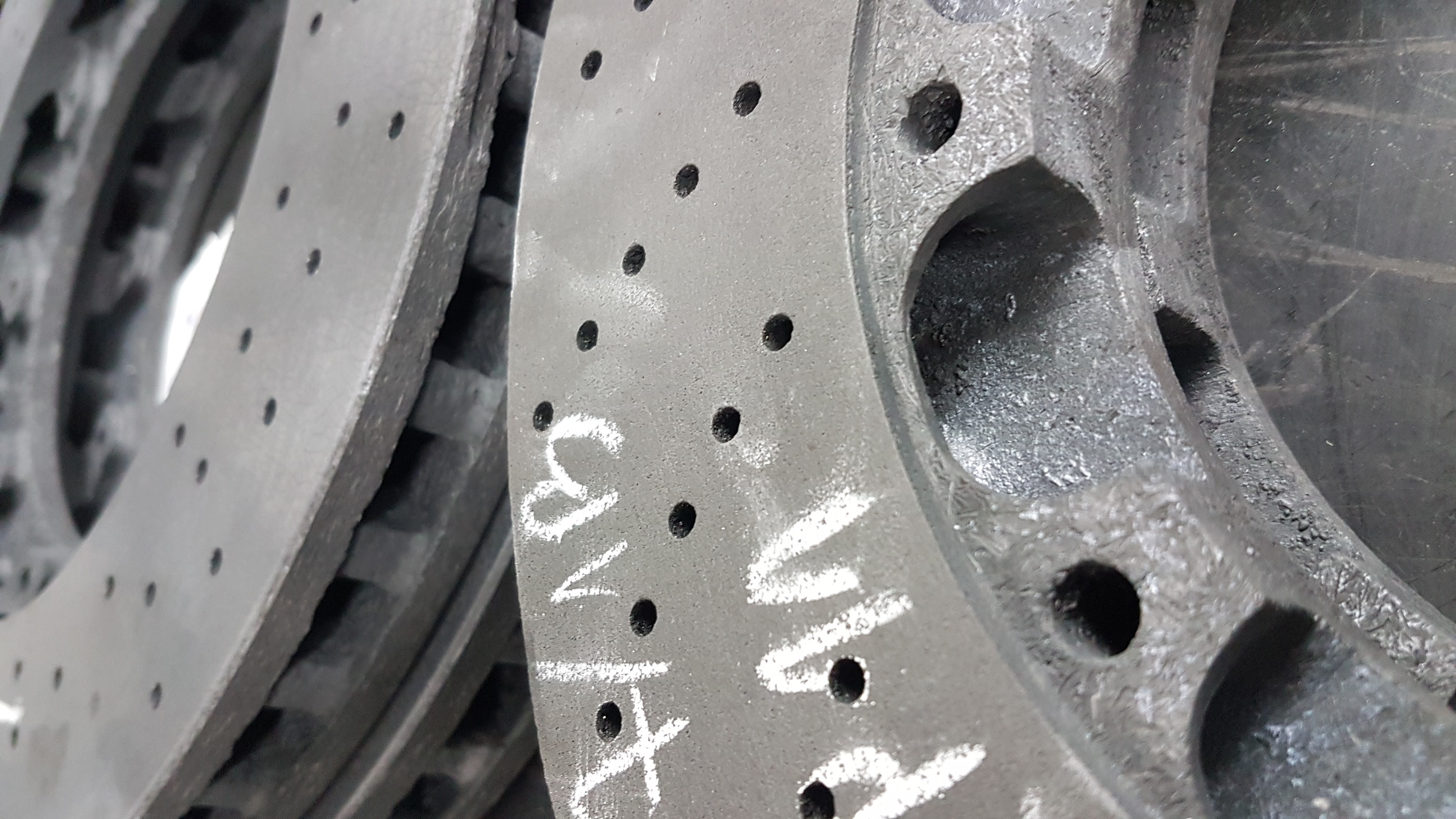 Step 4. The napped are vacuum soaked in polymeric carbon – 2 – 3 times 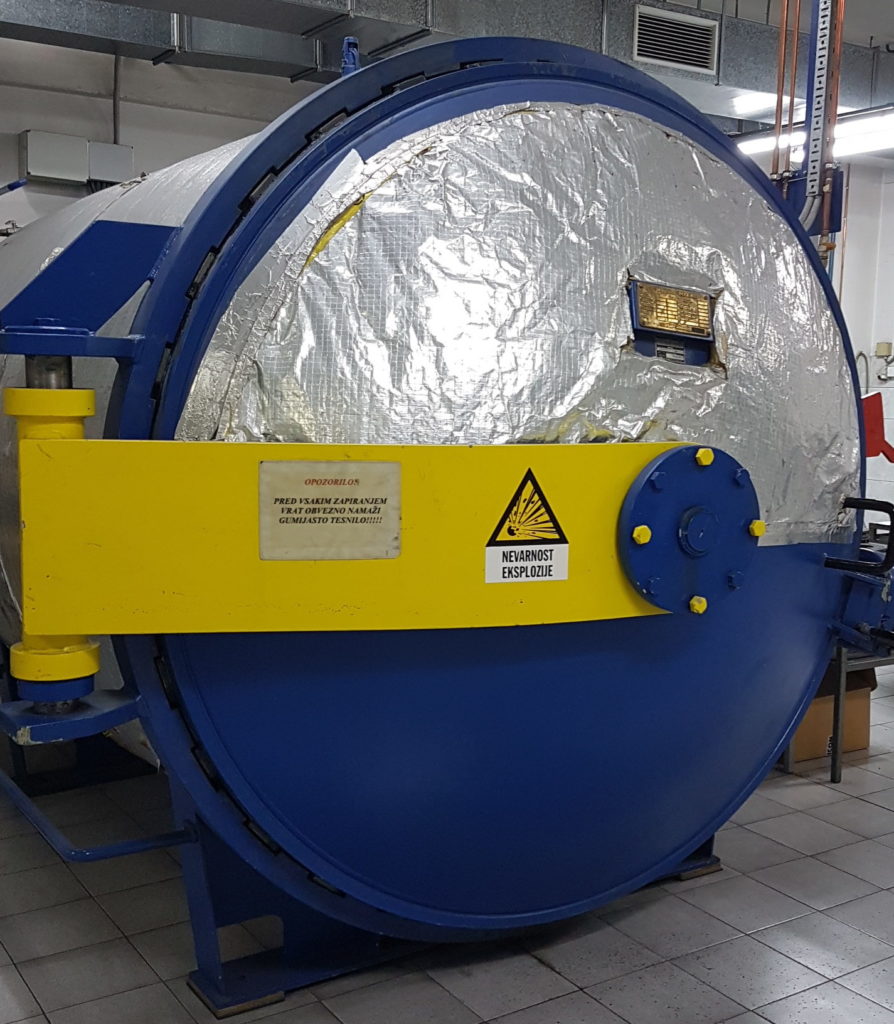 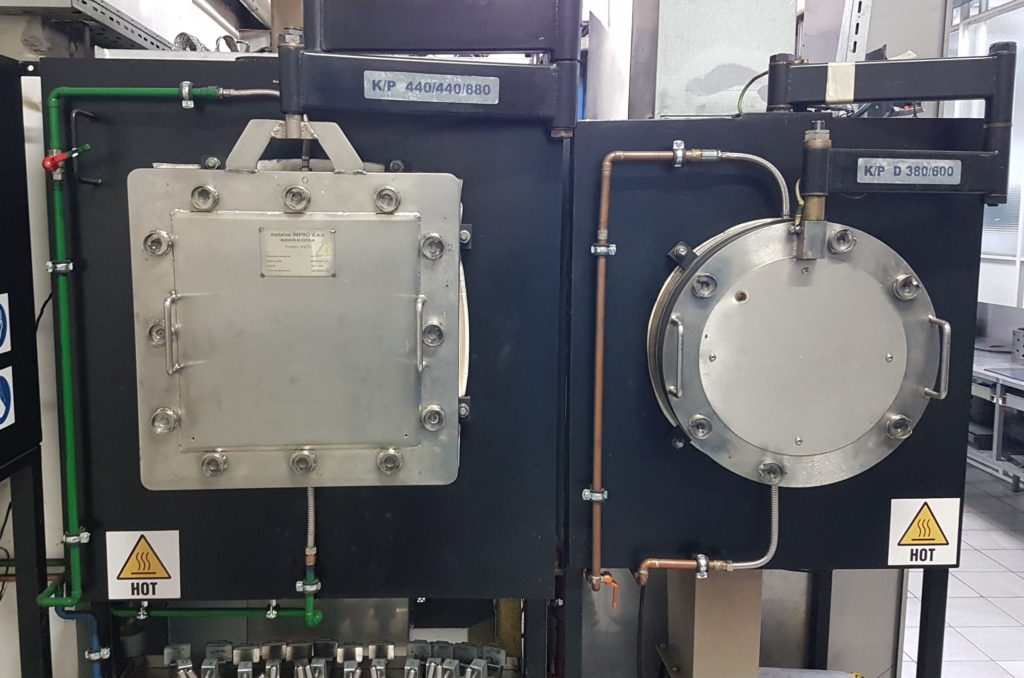 CCB: The friction layer (ca. 1mm thick) is now restored, and trough the pyrolysis it is chemically and physically bonded with the structure.

CCM: the structure of the disc is now strenghtened and repaired with new carbon fibres, the density of the core is increased throught infiltration of polymere material and trought the pyrolysis it is chemically and physically bonded with the structure

Step 7: Now follows the final resurfacing of the top layer by using a 2 ton sanding machine

The disc is completely reassembled and is weighed once more and precision-balanced. 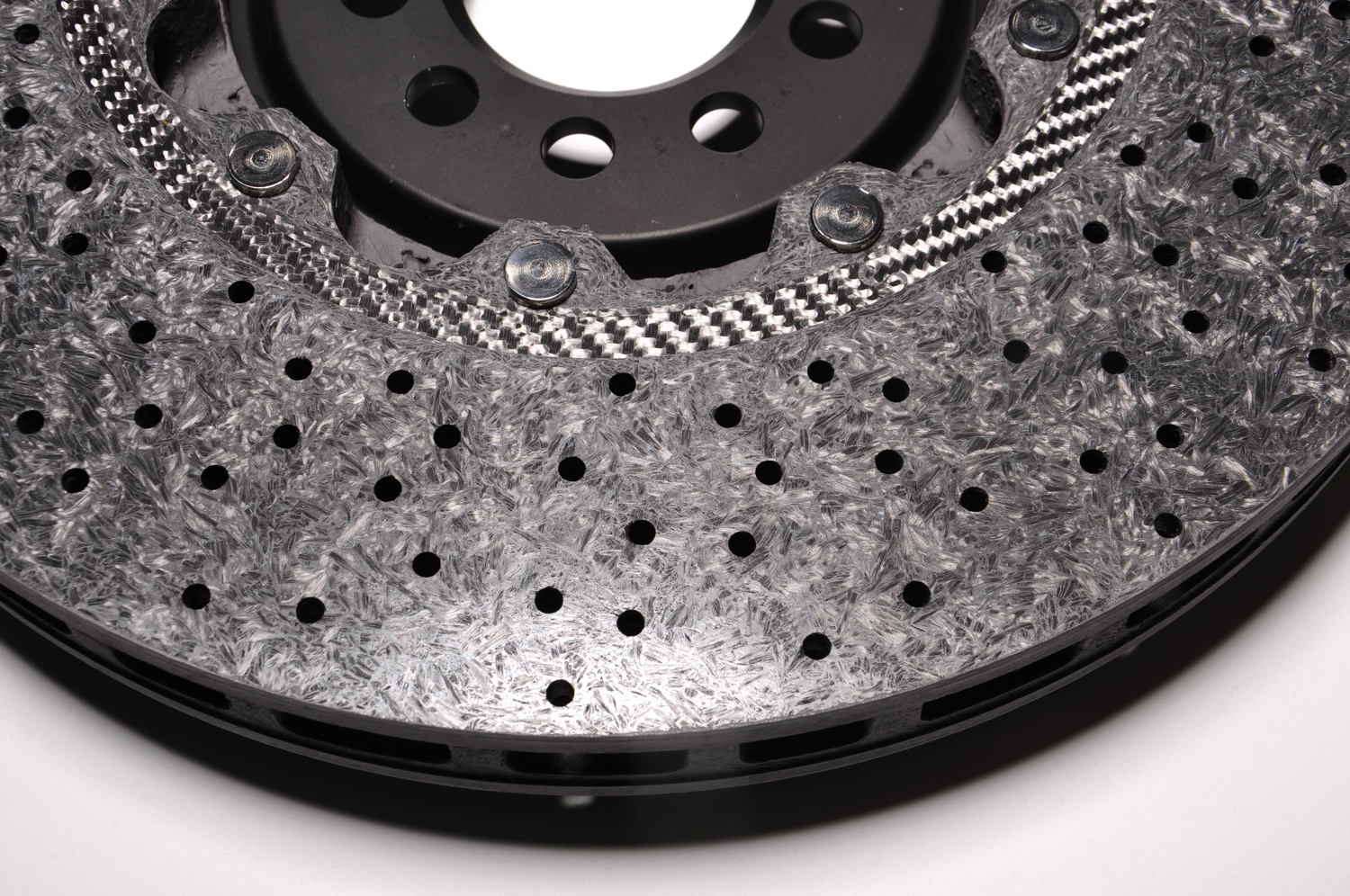 The disc now has gained about up to 180g weight and is at desired value once more.

Each disc receives a documentation of the processing steps, weights and other data as well as the responsible worker is seen.

Note: The manufacturer’s minimum specifications refer to the original brake disc so that it can be determined when the wear limit is reached. After processing refurbished brake discs are slightly thinner than original spare parts (only CCM), the surface layer (wearing course) has, however, again the original measure, but with a higher density. This means that refurbished discs hold may take longer.

The production process for the refurbishment of ceramic brake disc 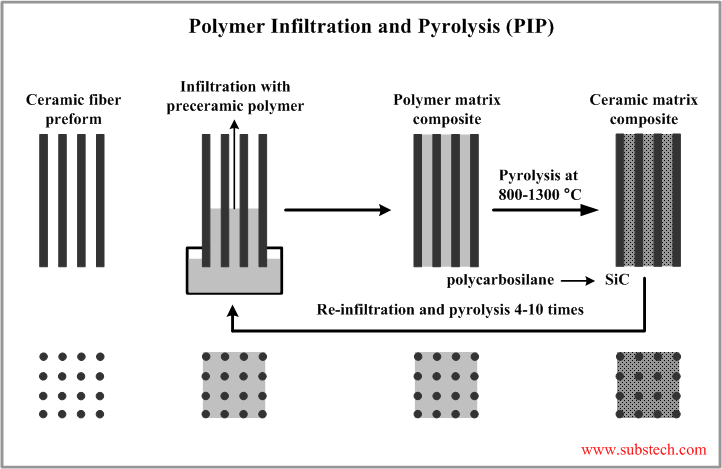 The production process of a ceramic rotor 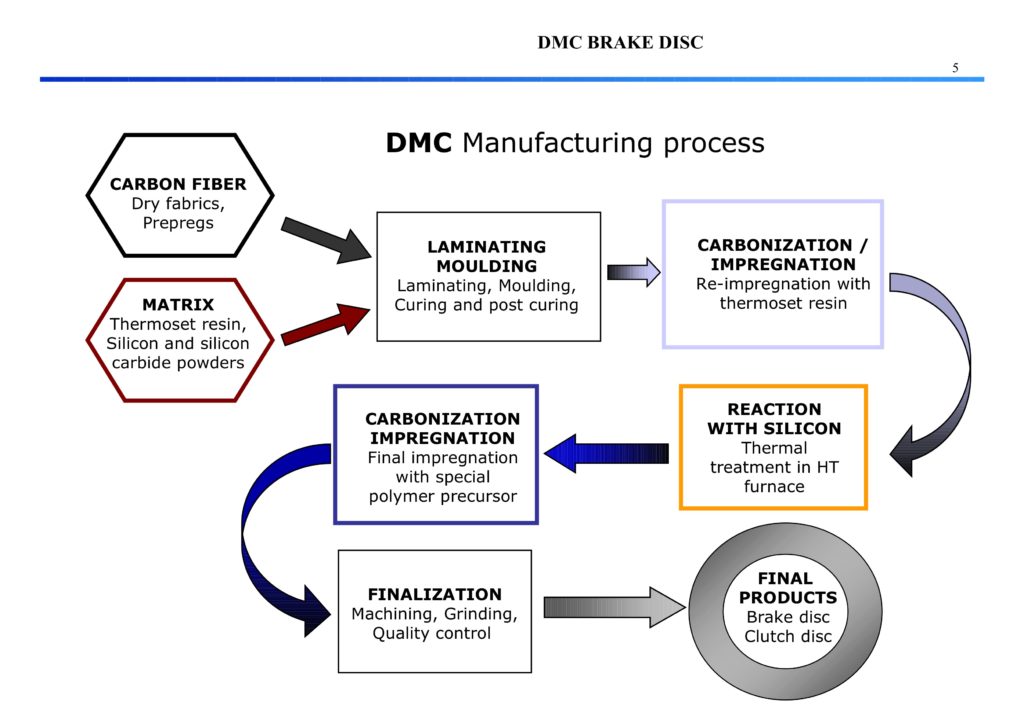 The structure of DMC material